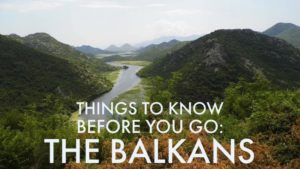 When it comes to Balkan travel tips we should clarify what we mean by “Balkans”. Where exactly is the Balkan Region? And what exactly is it? The easy answer would be the geographical definition of the Balkans, which is the region encompassing the Balkan mountains. This can include Greece, Romania, Bulgaria, Serbia, Macedonia, Montenegro, Bosnia & Herzegovina, Kosovo, Turkey, Croatia, and Albania. However, the Balkan Region is viewed much more as a cultural region. Therefore, we have dropped Greece and Turkey when identifying the region and added the former Yugoslav country of Slovenia.

Welcome to the Balkans, now we have a drink

If you spend any amount of time in the Balkans it is just about impossible to not come across Rakia or Rakija at some point. This home-brewed spirit is a fruit brandy. Almost everyone in the Balkans has a friend or family member who brews the stuff, or they brew it themselves. Rakija is the standard in welcoming someone into your home, starting a night out, making new friends, or for some starting the day. You’ll come to find that Rakija, and alcohol for that matter, are widely consumed — as in they drink it a lot. 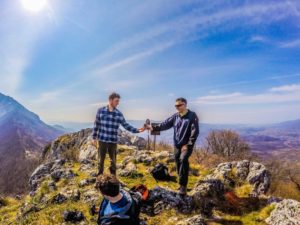 You’re bound to come across this name more than a few times during your travel. You’ll find his name spray painted on walls, his busts sitting in town squares, and the name, Tito, from the lips of the locals. Tito was the founder of Yugoslavia and due to his Switzerland approach leading the Non-Aligned Movement during The Cold War many of the Balkan states prospered from deals with both the U.S.S.R. and U.S.A. Although, Yugoslavia crumbled and broke out into civil war in the 90’s for a number of reasons many still remember the days of Tito fondly. 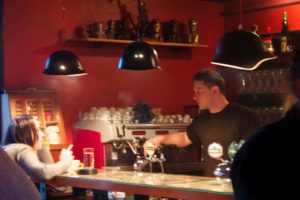 Most of the countries are outside the Schengen

For those of us that are non-European, we have the Schengen Visa to contend with while traveling Europe. We only have 90 days for every 180 to visit all of the European countries within the Schengen zone, until it’s time to get outta there. [Read More About That Here] We know the pain. However, asides from Slovenia all of the Balkans are currently outside of the Schengen meaning you can still hang out in Europe even though most of the EU wants nothing to do with you. This is a big plus for Balkan travel and us long term travelers. Simply spend 90 days, or more in the Balkans and…abracadabra, you’re good to go back into the Schengen again. Or you could just stay in the Balkans instead of wasting a bunch of money going to all the same places everyone else goes to, like Amsterdam or Vienna (both are terrific cities just to be clear). 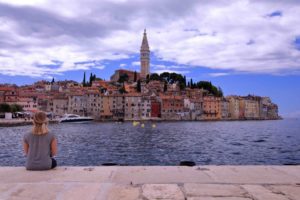 Balkan travel at the speed of a…bus

Train travel in the Balkans is limited and slow. If you hope to get around you better learn to love buses. The buses are pretty easy to navigate; show up at the bus station, almost every town has one, and ask for where you’re looking to head. If it’s on the map there is likely a bus route that will get you there.  We also found Balkan travel easy to hitchhike as a means of transportation, most people we came across were happy to pick up a stranger. Who needs a rental car to travel the Balkans?

Here are some great links for planning out Balkan bus travel: 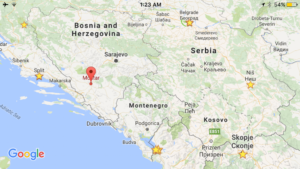 If there is one facet to not appreciate about the Balkans it is their love for smoking. Call me Judgy-Mcjudgeface, but smoking just isn’t cool anymore. Just to give you an idea, measuring cigarette consumption per capita, the Balkans occupied six of the top ten spots in the world in 2009, and if you throw Greece back into the mix it’s seven. Serbia takes home the prize in some studies, Bosnia & Herzegovina in others, and Montenegro is saying don’t forget about us here! There have been movements from a number of Balkan countries to reduce consumption and laws have begun to be put into place despite pushback from many citizens and business owners.

What is Ćevapi & Börek?

After spending some time in the Balkans you will definitely find out! Ćevapi and Börek are the national dishes of the region. Börek is a flaky pastry filled with potatoes, meats, cheeses, and other varying ingredients – we usually had these for breakfast. Ćevapi or ćevapčići is minced meat, that looks and essentially is a skinless sausage. Cevapi is pretty much everywhere but wasn’t even our personal favorites. Besides Ćevapi and Börek, each country specializes in their own thing such as kajmak in Serbia, seafood in Croatia, and shopska salad in Bulgaria. Our personal favorite is fresh kajmak, which we found in the green markets of Belgrade. There is a ton of great food and drink here at incredibly affordable prices, so don’t be afraid to try any and everything. 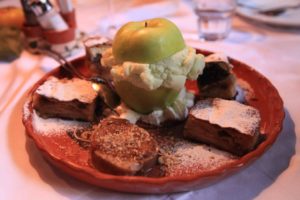 We can’t believe we even have to add this one to the list, but after a number of comments, messages, and concerned questions from friends we need to say, NO the Balkans are not dangerous. Honestly, we feel safer traveling these parts of Europe than many of the “typical” destinations (looking at you Paris, Rome, and London). One of the main reasons we spent almost four months traveling the Balkans was because of Tasha’s solo adventures in the region a few years back. She returned to the states raving about Bosnia, Croatia, and Montenegro so we knew we just had to go AGAIN. Yes, there was a war two decades ago, but that doesn’t mean it’s dangerous now. 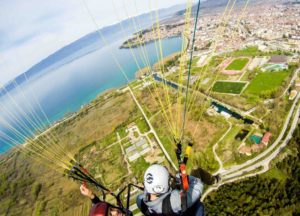 Speaking of the war it is still very recent and travelers should remain sensitive to the fact that many people in the region have had family or friends that have been directly affected by the Yugoslav wars in the 90’s. However, don’t be afraid to mention your plans to travel through neighboring countries while in Serbia, Albania, Macedonia, etc. Despite what the internet told us we found little ill-will between all the different nationalities. 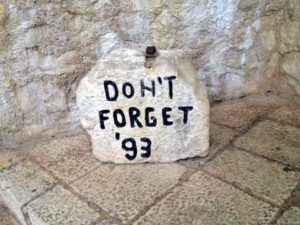 While some friends were paying over €50 for a dorm bed in the major cities such as Vienna, Copenhagen, Amsterdam, Venice, and Munich we got by in the Balkans for about €20-€30 for a nice private room. We stayed in comfortable accommodation that was mostly family run. Also, for the new breed of people called digital nomads, Belgrade is a fantastic choice. We were able to pick up a two-bedroom apartment in Vracar, a hip neighborhood in Belgrade, for only $500 total for the entire month. However, there are exceptions to this cheapness and they are Croatia and Slovenia in the summer months. 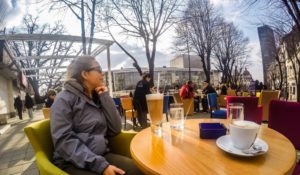 The Balkans are breeding grounds for giants

There must be something in the Balkan water because it is where giants live. I’m an average male at 5′ 11″, but in the Balkans, I felt short. We’d be walking down the street and the couple ahead of us, both male and female would tower over me, don’t even ask 5′ Tasha how she felt.

Patience is a virtue when it comes to Balkan travel

People here are in no rush. Things seem to move on their own timeline and you’ll often find that person who was supposed to be bringing you your cevapi is sitting against the register staring off into space. We never knew it could take someone an hour to drink a cappuccino until we sat in a cafe in Zagreb. Maybe we’re just a little too fast-paced from living in New York, but it did take some time getting used to the Balkan timeline. 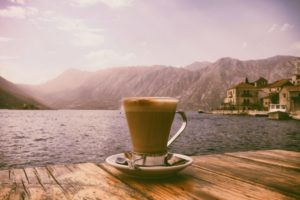 People are seriously friendly here. They may not always be chipper, but hospitable yes.  We were invited into many homes, shown around, helped out and just about everything in between. Sometimes when we travel we have to put up a wall and become dubious of overly nice people (Morocco still haunts us). In the Balkans, people are just nice to be nice, not because they expect something from you in return. It’s a common theme from the former Ottoman Empire, which includes Greece and Turkey. 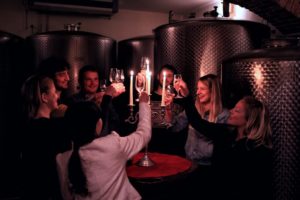 The countries are small and pretty much any Balkan trip will involve at least one or two different countries. When it comes to Balkan travel almost every one of the countries has its own currency. Besides Slovenia, Montenegro, and Kosovo every single country in the Balkans has their own unique currency which can create a serious headache for those who travel fast. It becomes very easy to lose track of what currency is worth. We suggest using the XE Currency app to make sure you don’t lose your current-cy mind. 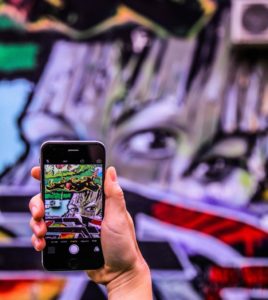 The Balkans are home to the “World’s Worst Car”

Or at least that’s what some refer to the “Yugo” as. If you’re looking for a way to travel the Balkan region in style this is the way, at least the quintessential one. We personally find the car endearing, it’s cheap and serves its purpose. Just because it’s a metal box with a tiny engine doesn’t mean it has to be looked down on. It’s really hard to judge, though, I mean we had the Ford Pinto! Every car has a purpose! Equal car rights, please. 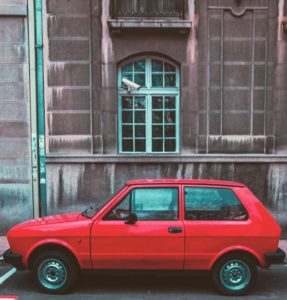 Don’t forget a camera and a good memory

The region is nothing short of stunning. There is so much variety to just the geographical terrain in the Balkans it’s hard to even describe them in short detail. Not to mention all of the Balkan’s history. We’ve spent more time in the Balkans than any other region of Europe and still feel that we’ve only just scratched the surface. Don’t forget to pack a good travel camera. 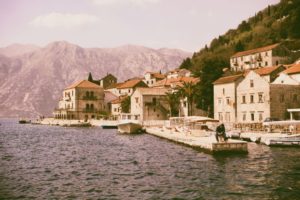