With small populations, limited influence and often harsh climates, the northern countries, including Scandinavia, Finland and the Baltics don’t exactly seem like havens for travelers – but these underrated escapes are also home to some of the most beautiful, diverse and storied cities in all of Europe. Here are 10 of the hidden gems in Europe’s Northern kingdoms.

Roskilde is a city with only 50,000 inhabitants, but it’s easily one of the most important cities in Denmark; in fact, it was the Danish capital for many generations. The city dates back to the Viking Age and, according to medieval sources, was the site of a royal palace and a cathedral built by Harald Bluetooth, the legendary founder of Denmark. Though the Roskilde Cathedral that stands today dates from 12th and 13th centuries, Harald Bluetooth’s tomb is here, along with the graves of other Danish monarchs. Attached to the cathedral is Roskilde Palace. Roskilde is also famed for its Viking Ship Museum, which houses the remains of 5 well-preserved Viking ships, which were unearthed from the Roskilde Fjords surrounding the city. 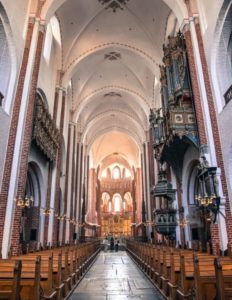 Before the capital moved to Helsinki in 1812, Turku was the most important city in Finland. Today, it’s still an important center and one of the largest cities in Finland. Situated at the mouth of the Aura River, Turku is integral to both Finnish tourism and business. Of the notable sites, the Cathedral of Turku, erected in the 1300s, is a must-see, along with the Castle of Turku. Due to its location on the Baltic, Turku boasts scenic coastline and access to many small islands in the Archipelago Sea. Like its much-larger Swedish counterpart, Stockholm, the city’s maritime culture encourages day trips to the islands. And yes, there are tours highlighting the design and architecture that the Finns are famous for. 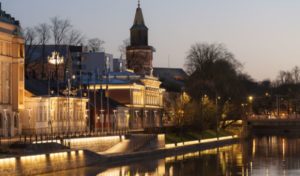 How far north can you go? In Sweden, the answer is Kiruna, an Arctic Circle town that is home to the world’s very first ice hotel. Here, the aurora borealis put on a spectacular display during long winter nights and the midnight sun dominates summer days. A train will take you north to the land of cloudberries, the traditional home of the Sami. In the winter, 2 nearby mountains, Kiirunavaara and Luossavaara, provide excellent skiing and the nearby lake Luossajarvi can be used for ice skating. Dog sledding is another popular activity and every winter, the town holds a Snow Festival. Kiruna Church, built in Gothic Revival style in 1912, is one of Sweden’s largest wooden buildings and was voted Sweden’s most popular pre-1950s building. 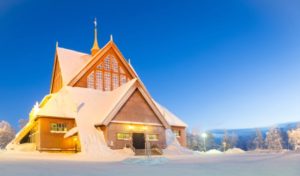 The “Manchester of Finland,” or “Manse” in Finnish, Tampere is located between 2 lakes, Nasijarvi and Pyhajarvi. The lakes are at different levels and the Tammerkoski rapids that link them run through the city. Founded in the 18th century by the Swedish King Gustav II, Tampere is renowned as a center of cultural life in Finland. The third largest city in the country is home to multiple theaters, an international theater festival, a short film festival, an urban rock festival and the Tampere Floral Festival. Tampere is also home to many museums, including a spy museum, the Finnish Hockey Hall of Fame and a shoe museum, as well as one of the last museums in the world dedicated to Soviet leader Vladimir Lenin. 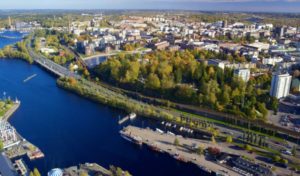 Built at the narrowest point on the Limfjord, Aalborg rose to prominence as one of the most important harbors in Northern Europe during the Middle Ages. Today, it’s become an important hub of culture, even hosting one of the largest annual festivals in Scandinavia. Aalborg has many theaters, performance venues and museums, along with an orchestra and opera company. Budolfi Church, now a cathedral, was consecrated in the 1300s, and in 1550 a royal residence was built in the city. Aalborg’s most famous buildings, however, may be the half-timbered mansions, built by the city’s prosperous merchants such as Jorgen Olufsen. Also notable is Jomfru Ane Gade (Virgin Anne’s Street), noted among travelers for its cafes during the day and clubs at night!

Although not “Europe” in the strictest sense, Iceland is often included in discussions of Northern Europe thanks to its Norse heritage. The capital, Reykjavik, is situated on a peninsula. The hills Öskjuhli∂ and Skolavör∂uholt are former volcanoes and the mountains of the Blafjöll range for the city’s backdrop. Also nearby is the famed Blue Lagoon, a geothermal spa. The city is home to the largest church in Iceland, the parliament building, and several museums and art galleries. Iceland is renowned for its natural beauty, and Reykjavik boasts Hofdi, a nature reserve; a cluster of red volcanic craters; and a geothermally heated beach. Reykjavik is most renowned for its nightlife, with over 100 bars and clubs, many of which are open until 4:30 am on weekends.

Although Vilnius is the capital of Lithuania, and the second-largest city in the 3 Baltic states, it’s often passed over by tourists, if only for the fact that, for much of its history, it has been under the rule of one country or another, most recently as part of the Soviet Union until 1990. Nonetheless, this beautiful city has centuries of history to share with visitors. Lying at the confluence of the Vilna and Neris Rivers, Vilnius was founded during the Middle Ages. It soon became the capital, in part because its geography made it less vulnerable to attack. Vilnius boasts ancient churches and palaces, many in Baroque or Eastern Orthodox styles. A trip through the Old Town, a UNESCO World Heritage site, won’t disappoint!

Founded in 997, Trondheim served as the capital of Norway during the Viking Age, until 1217. Long the seat of the Norwegian royal family, the city is situated on the River Nidelva, which flows through Trondheim and supplies water to the surrounding fjords. Munkholmen, a small islet, is a popular tourist destination, and the Stiftsgarden, a 17th century royal palace, is quite possibly the largest wooden building in Northern Europe. The Nidaros Cathedral, the northernmost medieval cathedral in the world, dominates most views of the city. The cathedral is only one of many historic churches in the city, although many buildings have been lost in fires over the centuries. Surrounded by wetlands, it’s not uncommon to see animals like foxes and moose in the city. 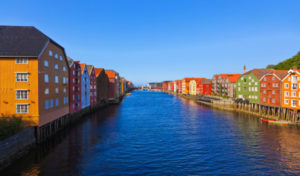 This quintessentially Swedish city was, for centuries, incredibly important in Swedish culture. Just an hour by train out of Stockholm, Uppsala features the medieval Domkyrka cathedral, a 17th century royal palace, the oldest university in Scandinavia, the house of Carl Linneaus, Viking graves at Gamla Uppsala and runestones scattered about the city. Uppsala is relatively small compared to cities like Stockholm, but that makes it all the more pleasant. The slower pace of life, along with fantastic scenery and parks along the River Frysen, make Uppsala one of the most underrated cities in Northern Europe. At the end of April, students celebrate Walpurgis Night (Valborg in Swedish) by floating homemade boats down the river and drinking copious amounts of champagne.

Like Vilnius, Tallinn is a beautiful Baltic city that has been overlooked by travelers, although tourism to the city has been growing. Tallinn is Estonia’s largest city, with 32 percent of the population calling it home. The capital is situated on Estonia’s northern coast, across the Gulf of Finland; it’s just 50 miles from Helsinki, Stockholm, and St. Petersburg. Never razed or pillaged (although bombed during World War II), Tallin’s Old Town is one of Europe’s best preserved medieval towns. Sites include the city walls, 2 towers, and numerous medieval churches. On Cathedral Hill, the main attraction is the medieval Toompea Castle, which houses the Estonian Parliament. Kadriog Palace, built by Peter the Great just after the Great Northern War, is another popular tourist destination. 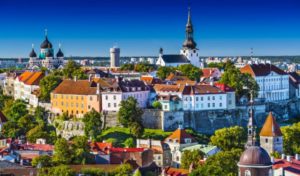